This blog follows no particular theme. My constant craving soul just wont allow it! This is my musings on wisdom, travels, life in Spain, kettlebells, running, rock music and so much more.

The Summer Feria of Andalucia

Every town and village in Andalucia has its own feria or fair and it was my town, Rotas, feria last week. Now I have to admit that the Spanish really know how to have a good time! Sherry, wine, tapas and dancing all day and night, it was marvelous! Below you can see me enjoying a gigantic cup of tinto de verano. 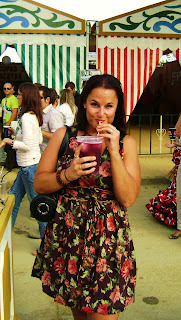 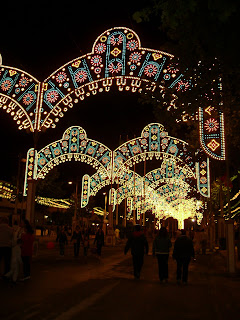 It is a huge event and the Spanish look forward to it all year. Women spend a lot of time getting ready in the traditional sevilliana dress, it is a sea of color! The feria concept originated in the middle ages, and was the principal means of interchange of local products within the kingdom. 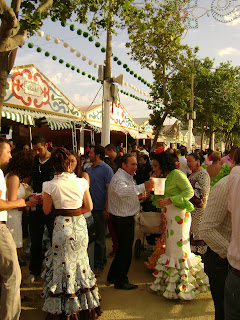 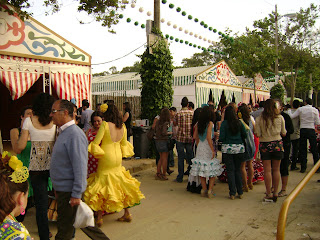 The streets outside of town are closed of and during the day horses are paraded along the streets and a lot tapas are consumed. At night it turns into a huge block party and the fair shifts to become a public fairground with a traditional amusement park with lots of rides for the children. Below I show of anther gigantic cup, this time mojito, and the pirate dog Andre won me at one of the many prize winning stalls! 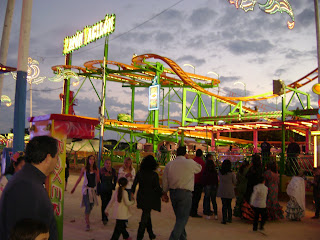 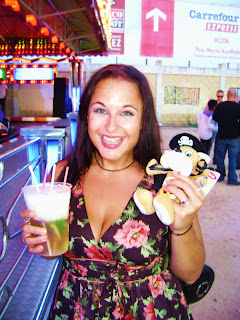 Also at night is when most restaurants and bars have parties in the "casetas" (tents) they set up, complete with fully stocked bars and dancing floors. Yeah, living in Spain totally rocks! 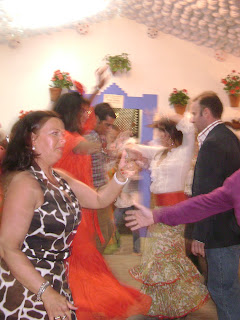 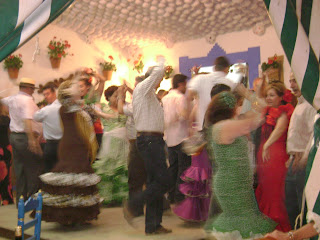 This post was created by awesome Annika at 12:56 PM

Your life is so fun I can't stand it! Looks like a blast. :)

My favorite post ever! Yes, living in Spain (especially Andalucia) totally rocks. So which Fanta do you take in your tinto de verano? I always preferred naranja but most people I knew preferred limon. I went to a local Spanish restaurant to dance sevillanas during the week of Sevilla's feria. Such nostalgia. (Yes, I used to have my own traje de sevillana.)

Thanks for posting the great pics.

It's great to live other cultures and places through your words!
Thanks for sharing-love the pics!

I love the ruffles!

OMG! I want to move to Spain!

Annika, you look soooo beautiful and happy. I love checking in on your blog...love and miss you. good luck and love on all of your adventures. to the next time we meet in greece. xoxoxo CaL

I would like to personally invite you to list your blog on our Expat Women Blog Directory (www.expatwomen.com/expatblog/) so that other women can read about and learn from your expat experiences.

Many thanks in advance for your contribution and keep up your great blog!

I want to go!!!! the lights look so pretty in the first few pictures!

Annika
Rota, Cadiz, Spain
As I have lived abroad for most of my adult life I have become somewhat of an expert at it! Welcome to my world!

This is the coast of light, this is where I live 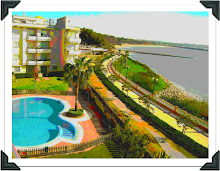 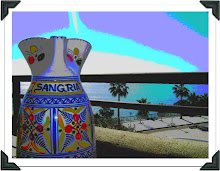 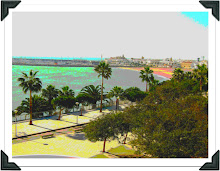 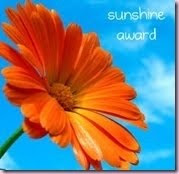 1st from Johana and 2nd from Agy 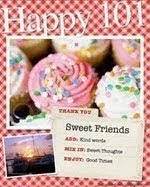 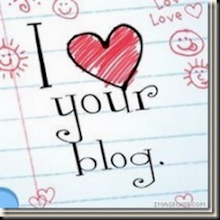 1st from Johana 2nd from OfficeGirl

This is how i roll

All these blogs rock on so many levels!

What is your story?